ABOUT THE 40 MINUTE WORK WEEK

What if you could replace your full time income, with just 40 minutes a week in hands on work?

What would you do with the extra time? Would you work 8 hours one day a week, to earn 12X your current income? Would you just continue living at the same financial standard, but invest that extra time with your family? Maybe you’d find a balance with more money + more time with friends and family? Maybe you’d travel + serve less fortunate communities while exploring the world?

Whatever you’d do with more time and more money, it IS possible! With the rate of advancement in automation & tech in the 21st century… It’s literally insane that you would still endure the same 40 hour+ struggle just to get by, that your grandparents did pre-digital age!

What Information You’ll get:

We’ll start by exploring affiliate products, relationships, strategies. By the end of this module you’ll know who you want to work with/promote, and exactly what kind of persona, social media, emails, funnel, + ads you will need to create.

You will outline your character and content that will be presented to the world to build your audience and report with said audience.

You’ll choose the funnel you want to build, & begin editing a pre-made template for that funnel.

You’ll learn how to setup digital ads on the most popular networks.

How to build compounding assets to generate FREE, organic traffic to your funnel.

The exact strategy to accomplish 40 hours worth of work in just 40 Minutes/Week!
WEEK 2: IMPLEMENTATION

Today, you’ll write the 8 vital emails that need to be sent out to your subscribers in the first month.

Before we build out your automated income machine, we need to setup your social media accounts, so you can link to them from your emails & the 3 specific points in your funnel proven to generate massive gains in your conversions!

Today we’ll build your test group by inviting strategic groups from target demographics, to try your course for free, in exchange for their feedback & testimonials to refine your product & build social proof.

Refine your product based on the feedback you receive & create strategic content for your funnel & social media, to establish social proof for your program and influencer account.

By now you may have already earned affiliate commissions from your test group, but now it’s time to turn things on and really start driving new traffic to expand your system & automate your growth & earnings!
WEEK 4: REFINE, REFINE, REFINE...

You’ll learn how to split test every step of your funnel to maximize conversions earning more money with less effort.

How to retarget prospects for increased conversions and engagement.

Join The Club – For Graduates Who Complete The Full Course Only!

Graduates will be invited to our private networking group where you can meet other graduates, establish joint ventures, find partners, & even sell, trade, & buy marketing services with other graduates who have complementary strengths/weaknesses to your own. 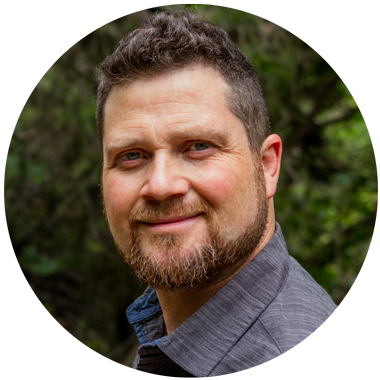 Jarem invented the world’s first Energy-Storing Prosthetic Knee, making impossible sports accessible to above knee amputees & built a global company that changed thousands of lives & got snowboarding inducted to the Paralympic Games in 2014.

But it wasn’t easy! Frye had to overcome the mental death grip doctors held on their patients, & use digital media to reach his customers & convince them that what their doctors said would never be possible, was in fact easily accessible with his products. In addition, he had to go up against massive prosthetics companies eager to protect their territory against all new comers, as well as traditional ways of doing business in the industry, in order to thrive, to scale, & to literally change the world!

After 13 years of running his global prosthetics company Jarem decided his deepest passion in the work he was doing, was NOT the modification he was making to amputee’s bodies,

but the upgrade he was making through marketing, to their minds, as he continually strived to show people what was possible if they just believed.

Frye decided that marketing had more potential for him to grow and realize more dreams while changing more lives for the better, then prosthetics, & took a job as the Digital Marketing Manager for a $200MM+ Company before transitioning to his own Digital Marketing Agency.

The 40 Minute Work Week was conceptualized while reading Tim Ferris’ best selling book “The 4 Hour Work Week.” Frye asked himself “what if I used AI & outsourced to technology & software, instead of low-paid human beings who I have to train & manage?” The result was an 84.34% reduction in time spent managing a full time income!

“Now I want to share that dream with everyone I can” says Frye.

WHY CHOOSE THE 40 MINUTE WORK WEEK

In The 40MWW I give away information + insights I have gained by spending thousands of dollars on training, software, ads, & costly mistakes so you don’t have to. All it costs you is your time and attention, which it will return in spades, giving your more time + income to focus on what matters most in your life!

Many marketing experts charge $25K-$100K/Year for inner circle access, but they started just like I am now… for FREE to a small group of early adaptors who got lifetime access and relationships with those influencers, before they started charging everyone else, the really big bucks!

Time is Money or Regret

You’ve always heard that time is money, but it can also be regret. My goal is to make sure it’s not both for you. There are those who spent all their time making money, and die regretting the time they missed with loved ones. There are those who die regretting the experiences & quality of life they missed with loved ones, because they couldn’t afford it.

Together, you & I can eliminate regrets, & establish generational wealth to enjoy while we’re here, & leave behind when we go!

I’m going to teach you -by example- how to make a fantastic income from affiliate products only! Why? Because by eliminating your own product, or cost of a product, you also eliminate almost all the burdens, liabilities, headaches, refunds, etc. that often make entrepreneurs feel like slaves to their business, instead of business owners.

Every aspect of the 40 Minute Work Week has been meticulously optimized, to trim the fat, remove all unnecessary burdens, & completely replace an average 40 hour income, in just 40 minutes of dedicated, consistent, & focused attention!

How do I get paid then? Simply by showing you the tools and strategies which make this reality possible, with whom I have arranged affiliate agreements in every case I am able, & recommended others simply because they are the best recommendation.

That is exactly what I will teach you to do as well.

What you’ll get for FREE:

You Don’t Have to Sell Your Own Products, But You Certainly Can!